BFF’s: Taking a Closer Look at the Human-Animal Bond 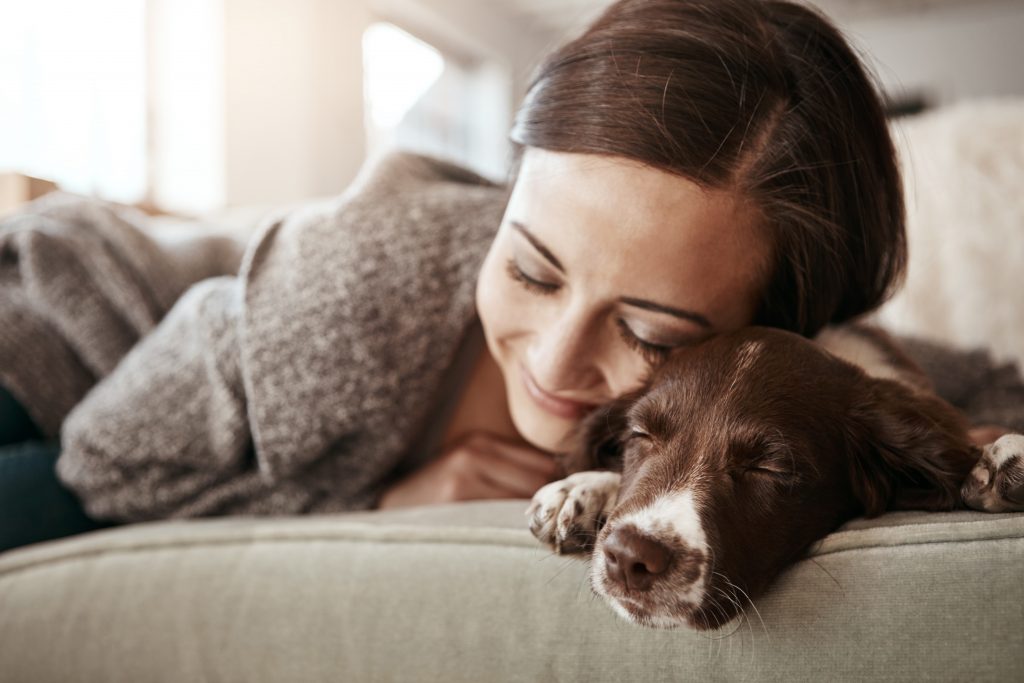 Cats and dogs weren’t always considered integral members of the family, but they certainly are nowadays. Initially employed for herding, hunting, and pest control, the ancestors of the animals we now hold near and dear to our hearts had to work hard for a warm place to sleep at night. This hard-won balance between our species has been maintained for centuries and, in fact, we evolved together. As a result, we have a very specific affinity for them.

Perhaps not surprisingly, the economic downturn a decade ago didn’t affect the nation’s spending related to pets. While some people might view pet ownership and care as an indulgence in trying times, others utterly depend on the relationship with their pet. All this (and more) begs the question: what is at the root of the human-animal bond?

Research indicates that people who grow up with pets are more likely to own pets once they’re adults and leave the house. Whether an individual owns a pet is also related to genetics. In fact, some scientists like to theorize about the inherited predisposition some people have for living closely with animals.

Recent studies show that our deep affection for the animals in our care is aligned with our relationship to the natural world. Said another way, the degree to which we love animals is the same as our connection to the environment. Perhaps owning a pet is only one of the many ways some people in urban areas cultivate their link to the natural world.

The human-animal bond likely began as a relationship of mutual convenience that has since blossomed into a full-fledged friendship – without the mandatory chores. The fact that their “usefulness” has morphed into something that mirrors our own close human relationships is entirely unique to their ongoing charms.

It’s not really hard to understand why pets love us (or at least their version of what we’d call love). We simply take care of them and they return the favor with lots of devotion, happiness, and an unmatched, unwavering presence.

The Power of the Human-Animal Bond

One popular contemporary theory holds that caring for animals increases our own physical health and mental well being. Many pet owners find themselves drawn to other like-minded people, minimizing social isolation, loneliness, and depression. The abilities of animals to increase our own happiness encourages free-flowing affection.

The reason for all this? The release of oxytocin in both humans and pets occurs when they gaze into each other’s eyes. Prevalent among mothers and their babies, oxytocin is the love hormone, and it triggers feelings of unconditional affection and protection.

Whether you’re a longstanding pet owner or new to the world of the human-animal bond, we welcome your comments, questions, and concerns. As always, our team is here for you and your furever friend.

Tags: Bond With Animals | Bond With Pet | Human Animal Bond | My Pet Is The Best | pet care
Posted in: Pet Health & Wellness | Senior Pet Care | You & Your Pet
Previous: Helping Your Pet During a Natural Disaster
Next: Pet Laser Therapy: An Important Modality in Your Pet’s Recovery